I have a confession to make.

I’ve logged 17,834 hours on Stitcher Radio. It’s true. I’m also a frequent flyer on TuneIn Radio. You may have a fave podcast app from any of the zillon out there.

Some folks have just discovered the podcast craze and the number of recently launched podcasts has gone bonkers. There’s even a new podcast about . . . podcasts. In the past few weeks, I’ve seen folks asking for recommendations to freshen up their feed.  Here are mine. I’ll keep this list updated. Comment with your faves!

From my beloved National Public Radio:

All the things at Slate, but my don’t-miss ones are:

There’s even a “Best Of” digest for Slate Plus members. Clever.

Texas Standard: Love, love, love this. It’s a collaboration between public radio newsrooms in the big cities, plus contributions from smaller markets. Especially when the Legislature is in session, it’s a must-listen to make any kinda sense of what those folks are up to down in Austin. They also source the excellent Texas Tribune, who produce their own Tribcast. It’s a little Austin-focused, but very good.

I often attribute my genuine interest in business news to Marketplace. It’s billed as business news “for the rest of us” and you will come to understand what happened on Wall Street today by whether you heard “We’re In The Money” or “Stormy Weather.”

For my fellow political junkies:

NBC News podcasts for Meet the Press, as well as the mandatory Rachel Maddow Show. Here’s This Week with George. Just for balance, power through Fox News Sunday. CNN offers State of the Union with Jake Tapper and the smart media analysis of Reliable Sources. Wrap it up with the excellent John Dickerson on Face the Nation. 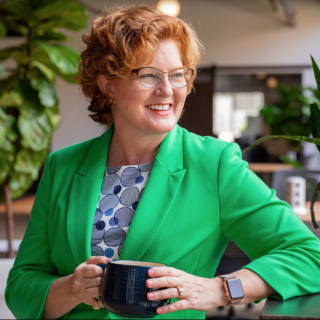